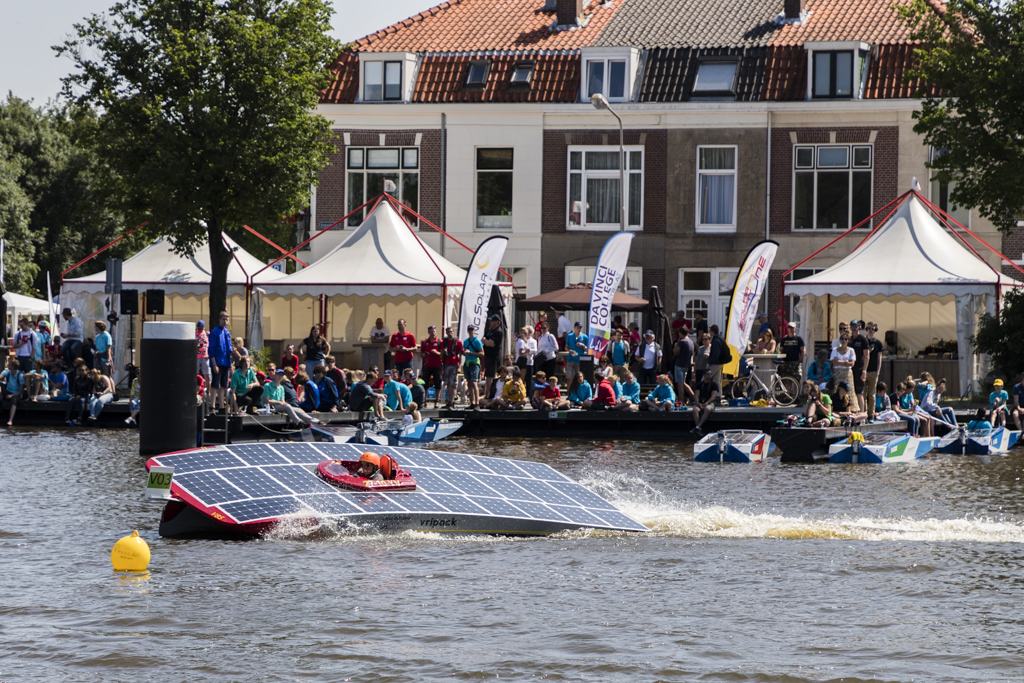 Purmerend / De Beemster – For the second time boats powered by the sun only sail in the municipalities of Purmerend / De Beemster. Around the Kanaalkade 17 international teams competed for the world title. On Thursday, Theatre De Purmaryn kicked off during the speaker’s event ‘Solar Stages’. The mini-solar competition in the swimming pools on the Beemsterburgwal was a cheerful stage for the Friday morning. At that moment 17 solar boat teams competed in their class to win the 64 km long ‘time trial’.

The conditions were fantastic, on the longest day of the year the sun was high in the sky and the boats could generate enough solar energy. The opening shot was made by Alderman Dings of the municipality of De Beemster (energy transition). Solar Sport One was warmly welcomed by both municipalities and the enthusiasm of all the civil servants involved was contagious.
The ‘Green Room’ was the place in Solar Village where people could be creative with waste material, but also get information. Also, the waste that was in the water was removed by the water sportsmen on a stand up paddle board. The operation of solar panels was explained in the techno lab. 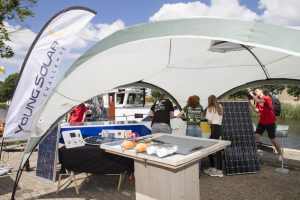 Top Class
In the general classification in the highest Top-Class category the team of Dutch Solar Boat from Leeuwarden won. The Groningen team SDOG came second, it was an exciting battle to see between the two northern teams. The university team of Twente finished in a satisfied third place. With a whole new boat and a lot of man hours in it they were very happy that they could sail well on their wings. 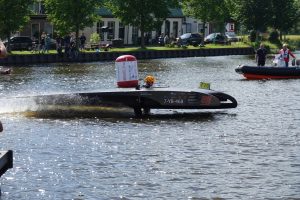 A-Class
In the A-Class it was a very exciting battle between the top three. Because of the number of points obtained in the first race for the Dutch Championship in Akkrum at the beginning of this month, it became clear who would be on the podium in what order. The Frisian Sunflare Solarteam from Drachten came out best in this case. Arjan Abma: ‘We had been calculating ourselves, but were completely surprised when the speaker did not mention our team for second place and so it meant that we had become first’. The team of de Friese Poort from Drachten, Sinnergy Solar Team was disappointed that the sprint part was decisive for when two teams got the same number of points and so it meant that they didn’t become first. Whisperer Solar Team as well as from Drachten, finished third. 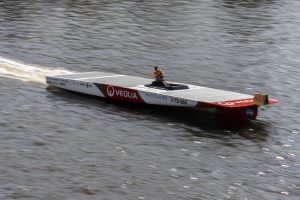 V20-Class
The V20 unit class also had big battles. The New Nexus Solar Racing Team from Tynaarlo took the biggest cup back to the province of Groningen. Next week it will be the next stage and therefore a home race. DB-20 Solar Boat Racing from Sneek also performed very well, but did not manage to conquer the first place. The third place went to the DinamiCo Solar Team Drenthe College, a group of enthusiastic MBO students who are not only busy with optimizing their boat, but also work a lot of hours outside of it. 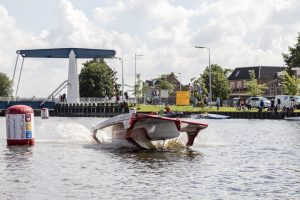 Dutch Champion in the Young Solar Challenge
After having had four races, the Solar Boat team of the Bogerman College in Sneek wins the Dutch Championship in the Young Solar Challenge.
A very large team, which had two boats in the competition, but with boat number 61 they won. Good ‘teamwork’ was the word the winners called after the victory dive in the canal. So it is not only the driver of the boat, but also all the other team members who work together to get everything organised as well as possible. The ITT Team of the Ichtus Lyceum in Driehuis finished second. Partly by building a new boat, they succeeded. Last year they were more at the bottom of the list than at the top.
The number three of the NK, has become the other boat of the Solarboot team of the Bogerman College. 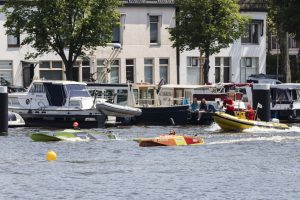