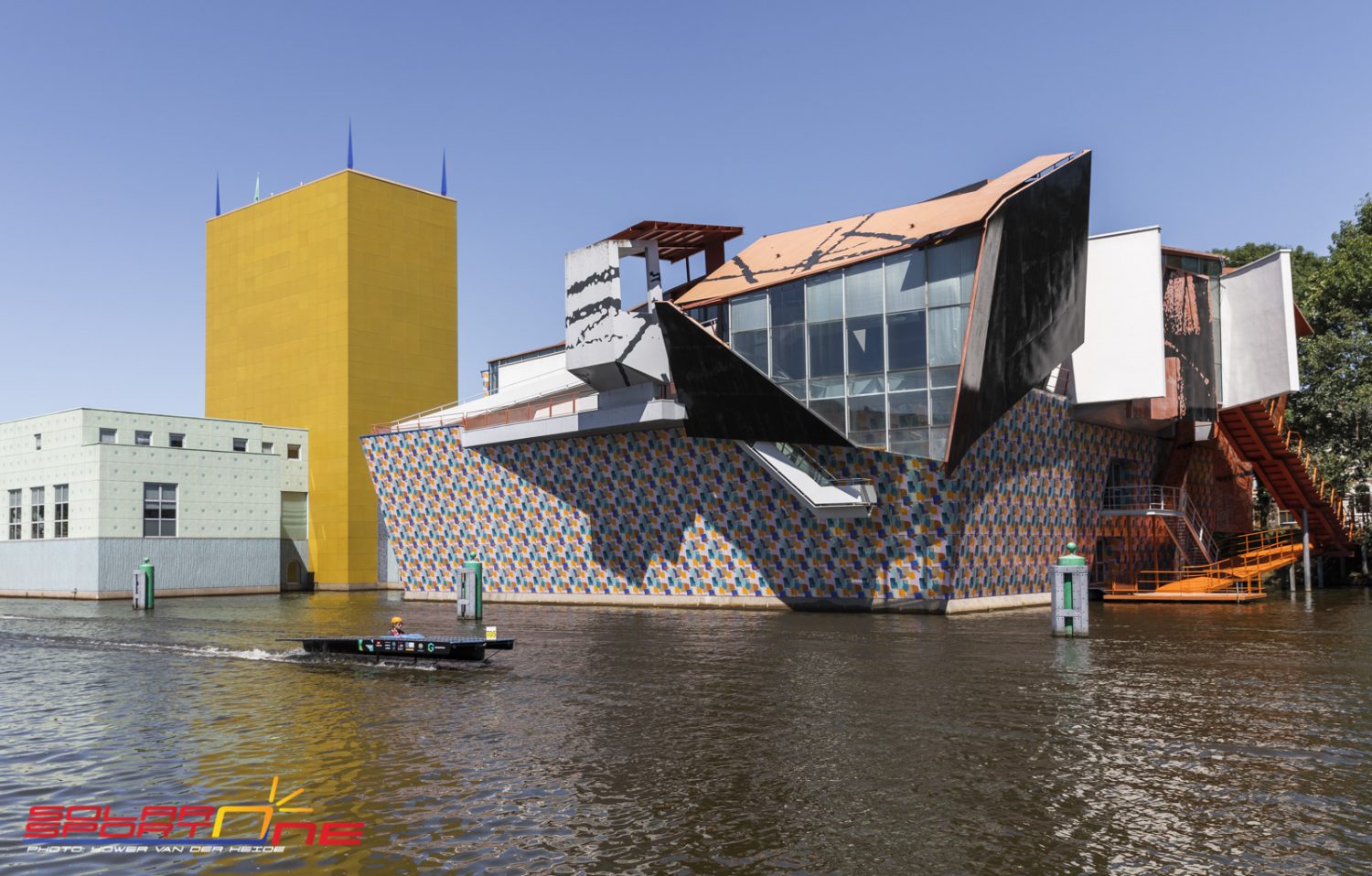 Groningen – The Sluiskade was for the second time the scene of the solar boat races in the centre of Groningen. The long distance race went to the Zuidlaardermeer on Friday. An almost 44 kilometre long test for the 15 solar boats in order to bridge this in the most efficient way possible. As with the Formula 1 car races, everything is closely monitored by the ‘shore team’.

Solar Internships – 500,000 solar panels in Groningen
During the speakers event Solar Internships which was driven by Klaas Holtman of Bedrijvenvereniging West, Wouter van Bolhuis of the municipality of Groningen, among others, spoke. The experiences of the pilot ‘sun on the roof’ were shared by Bas Hoekstra van Ophen Advies & Ingenieursbureau. Inno Vermijs of the company New Nexus and pilot in the solar boat of the same name spoke about their experiences of the solar boat races and how they can be used in society.
The initiative to have 500.000 solar panels in the province of Groningen in 2025 was brought forward by the nine parties involved to 2022. The signatures have been put and the Solar Coalition will work hard to achieve this under the leadership of Klaas Holtman, Chief Connecting Officer. 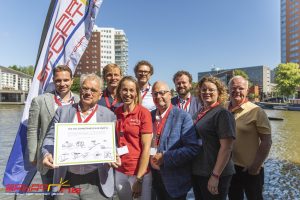 The races
The round on the Zuidlaardermeer was experienced by the teams as a nice route, last year they only sailed on the canal. The diversity of the almost 44 kilometres long route was a challenge due to the circumstances. The sun didn’t shine at the start and therefore it was necessary to calculate the speeds that had to be used in order to be able to sail the entire route. Team Engineers of Innovation from Amsterdam who finished third in the V20-Class: ‘Sailing a time trial is the best part, so the solar boat and the team are put to the test at their best’.
At top speed, the teams were given one hundred metres from the race control to get to top speed. The Groningen SDOG team managed to go 45.2 km/h, the fastest team of the three classes.
During the endurance race, the Groninger Museum was often visited by the teams. They were given an hour and a half to sail as many laps as possible. As with the time trial, it is important that the teams distribute the energy as well as possible.
The slalom part of the races is an ordeal for the big solar boats. The buoys are close together, so it’s up to the pilot to steer well and make sure the slalom course is completed as quickly as possible. The local Groningen SDOG team: ‘It was fun, unfortunately the left wing is also broken, but we will repair it! 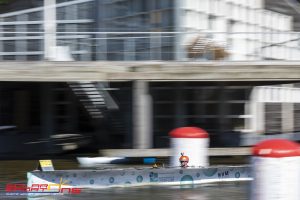 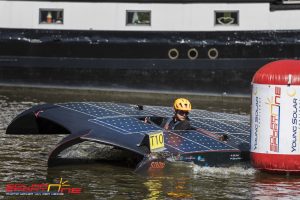 Ranking World Cup
The race in Groningen is the third race in the world championship, next weekend there will be sailing in Monaco and the last race will be 6 and 7 September in Dordrecht.
The leaders of the different classes in the Top Class are the Leeuwarder Dutch Solar Team, the Groningers of the SDOG team are in a good second place. Sunflare Solarteam from Drachten, the Netherlands, again had a ‘steady’ race and kept the highest place on the podium. New Nexus Solar Racing Team from Tynaarlo is on one, but with the Frisian DB20 Solar Boat Racing on its heels. Monaco will be a nice battle scene next weekend between all teams in the top three. 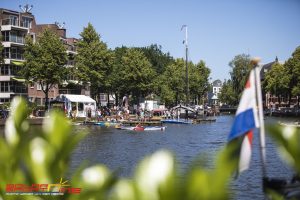 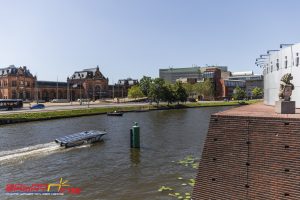